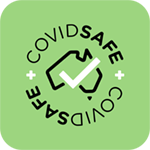 We offer a great range of tours around Australia and also include some overseas destinations and cruises which are becoming increasingly popular for groups. Following is a list of destinations that we regularly include in our program, or we can specifically design a tour for your group.  We are confident we can be competitive, offering genuine value for money, experience and personal care. Whatever your budget, from camping to 5 star, we would be delighted to design you an itinerary with a full list of inclusions.  In an ever competitive market bottom line price is very important but it is also important to assess the inclusions - as the ad says comparing oranges with oranges. As I'm sure you are aware, lowest prices aren't always the best value especially where your group's enjoyment is at stake!

Single destination tours you may wish to consider for a short break of 2 to 3 days include:

All of the above can of course be expanded to longer tours but are close enough to be 'easy reach' short breaks.

One of the most daunting aspects of organizing group tours is coming up with the numbers. There is nothing more disappointing or frustrating than organizing a tour, generating enthusiasm and then having to cancel. Once you have decided on a tour, we will then work closely with you to ensure the tour goes ahead. We won't require you to have a minimum group of 30 but will use our network to promote the tour and supplement numbers if necessary.